Local celebs who beat the odds with strength, positivity and...

Stress can hit anybody, and that includes our local celebrities. So let’s find out how they care for their mental wellness as they foray into new journeys to a healthier version of themselves. 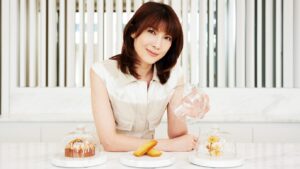 She needs no introduction. Known for her highly prominent roles as The Little Nonya and Zhao Fei Er in The Dream Makers II, Jeanette left Mediacorp at the peak of her popularity. In her latter role as a patient with depression, Jeanette struggled between her on-screen and off-screen character. She later felt she could not separate Jeanette Aw and Zhao Fei Er. She began showing worrying signs for extreme mood swings on set.

Since becoming an independent agent, she has delved into many genres of businesses to expand her growth as an individual. Today, she wears many hats, including producer, filmmaker, writer and professional baker.

*psst! Check out this post about another ambitious local baker. He may be a man now, but Tosh faces the scars and pains of his childhood years. Brought on by his parents’ unhealthy relationship at home, Tosh and his younger sister met immense stress.

As these pains resurfaced, he fell into the deep end of depression and fought suicidal thoughts regularly. Now, he manages his condition by seeking professional help. With close friends like Tan Weiliang beside him, Tosh is continuing his journey to recovery. 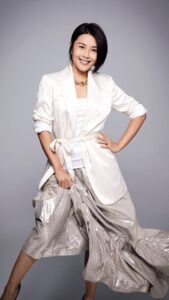 That’s how Priscelia’s skin felt. She took two whole years to find the root of the problem and tackle it healthily.

It all started with overloading from work, illness in the family and an unhealthy diet. Soon, her face broke up in an unexplained rash. Even though her medical tests showed everything was perfectly alright, she felt physically unwell. She could not understand what was happening to her body.

To make matters worse, she decided to stop using topical steroid creams, which yields no results in her eczema. This was when everything took a worse turn. Her skin eventually became red and raw. She’d even hide her condition by wearing a mask, only to have her exposed skin stick to the mask!

Beyond her aesthetical changes, she feared losing herself, her career, which she worked her life for and even her marriage. But, lo and behold, the name behind her condition is topical steroid withdrawal. While the effects vary from person to person, Priscelia faced the painful end of the spectrum.

So what’s the hidden culprit behind her last-set eczema? STRESS! It may seem unlikely, but everyone and their bodies react to stress differently. So today, she put her best face forward with a trio of solutions.

For Priscelia, it was about eating better, adequate rest and good ol’ Traditional Chinese Medicine that did the trick for her. But, then again, having a healthy diet and plenty of rest can’t go wrong for anyone! (Have you ever seen a stressed baby??)

Stop the burn, heal the wounds
It’s not easy to recognise signs of pain or even just tiredness. But, once we do, it’s crucial for us to take a breather, rest and recuperate.

Burnout can happen to anyone, even famous TikToker stars. Sometimes regular short breaks are all we need, such as daily teatime to stop whatever work you’re doing and taking time to have a little snack and relax. Other times, we may need something more like a call with a friend.

If you’d like to just have a chat, you can chat with us or join our community. We’re just a webpage away!